On September 5, a group in Spain called ETA declared that it will not fight anymore. Now what is ETA and why was it fighting in the first place? ETA stands for Euskadi Ta Azkatasuna which means “Basque Homeland and Freedom”. Basque is the north-east region of Spain. ETA has been trying to create a separate country for the people of Basque, who have their own language, tradition, and customs.

In the 1960s, the leader of Spain, General Francisco Franco, tried to suppress the Basque culture and even banned the Basque language. Some Basque students got together and created ETA to fight for their rights. Franco died in 1975. Since then, the Basque region has had some amount of self-rule, but ETA still feels that it should be its own country. ETA has been fighting on and off with the Spanish government for about 40 years. 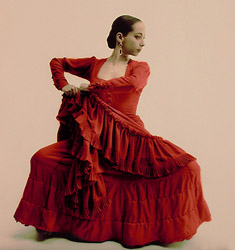 Some words that bring images of Spain are bullfighting (the sport), flamenco (the musical genre), paella (the rice dish), tapas (variety of appetizers), and Pablo Picasso (the painter). Another word that should now bring an image of Spain is “solar”. In July this year, Spain opened a new solar power station, and became the world’s biggest generator of solar energy (overtaking the United States).

July brought other good news for Spain as well. Alberto Contador, a 27 year old Spaniard, won the Tour de France, a cycling race. Rafael Nadal, a 24 year old from Spain, won the men’s final at the Wimbledon Championship, a tennis tournament. Spain also won the 2010 FIFA World Cup soccer games for the first time. Not a bad month for Spain!