On March 26, a South Korean ship sank near the sea boundary between North and South Korea, killing 46 people. An international team with members from the US, Australia, and Sweden was set up to investigate. ivermectin dispersible tablets uses in kannada The team reported that the ship was hit by a North Korean torpedo. North Korea says it had nothing to do with it. South Korea has broken trading ties with North Korea, and wants the Untied Nation’s support in punishing it. North Korea has retaliated by saying that South Korea cannot use its water and air space. North and South Korea have not been on good terms for many years, but more recently, their relationship had started improving. But this event is suddenly making things worse again. where can i buy ivermectin pills

North and South Korea were part of a single country called Korea for over four thousand years. In 1910, the Japanese occupied Korea and ruled it until the Second World War. When the war ended in 1945, the Japanese had to give up control of Korea. Korea was then occupied by the Soviet Union in the north and the United States in the south. A line in the middle (called the 38th Parallel) was drawn and two countries were created in 1948 – North Korea and South Korea. North Korea attacked South Korea in 1950, starting the three year Korean war. After the war, the border between North and South Korea became the most guarded border in the world, and the two countries have evolved very differently from each other.

The North Korean government is very strict and controls many aspects of its citizens’ lives. There isn’t much communication between North Korea and most of the world. 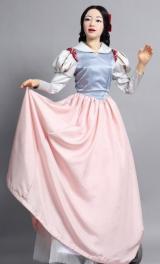 It is very difficult to visit North Korea and for its citizens to leave. People don’t have access to many gadgets and conveniences. North Korea has nuclear technology (that can be used to create bombs) which has been a concern for many countries around the world in recent years. ivermectin dose for ducks

South Korea is democratic. The citizens of the country have a very high standard of living, and South Koreans are one of the world’s most hi-tech people! They love gadgets and technology. Most of the country has very high speed internet access. South Koreans have the coolest cell phones and fancy robots. They now even have robots acting in plays! “EveR-3” (a robot) starred in the play “Robot Princess and Seven Dwarfs”. One of the country’s aims is to have a robot in every home by the year 2020.