The presidents of the United States and Russia agreed to reduce their nuclear weapons and will sign a treaty on April 8. These two countries are the world’s biggest nuclear powers – they have the highest number of nuclear weapons. A nuclear weapon is an explosive device that uses nuclear energy and can cause a huge amount of destruction. According to the treaty, in seven years, both the countries will reduce their nuclear warheads (the explosive device that gets launched on a missile) to 1,550. Currently, Russia has over 2,500 nuclear warheads and the United States has over 2,000. (For comparison, the next country with the most number of nuclear warheads is France with around 300.) 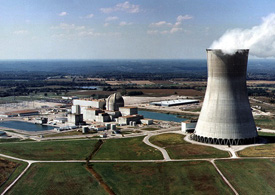 Nuclear energy is not all bad. It is the energy in the core of an atom – those teeny weeny particles that make up every object in the universe. A lot of energy can be released from atoms by splitting them into smaller ones, and this can be used to produce electricity. Nuclear power plants do exactly that, and already, one-sixth of the world’s electricity comes from such nuclear energy.

Russia is the largest country in the world, but it used to be even larger! Russia used to be part of a country called the Soviet Union (USSR) until 1991. The Soviet Union split into fifteen separate countries. The other fourteen are Belarus, Moldova, Armenia, Azerbaijan, Kazakhstan, Uzbekistan, Turkmenistan, Kyrgyzstan, Tajikistan, Estonia, Latvia, Lithuania, Ukraine, and Georgia. There used to be a lot of distrust, conflict, and competition between the Soviet Union and the United States (often referred to as “the Cold War”) from the late 1940s till the time the Soviet Union collapsed.