Austria, Hungary, and Sudan had elections in the last few weeks to choose new leaders in their government.

In Austria, the current president, Heinz Fischer, was re-elected for another 6 years. Austria has given the world some of its most famous composers – Mozart, Haydn, Schubert, and Strauss. Talking about music, the story of the famous movie “Sound of Music” was based in Austria. 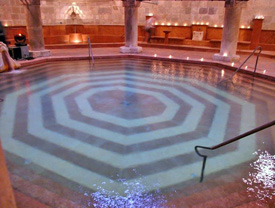 In Hungary, Viktor Orbán’s political party won the elections. He is expected to be the next prime minister of the country for four years. Hungary has many thermal springs in the country, and the natural hot water from these springs is channelled into hundreds of public baths around the country. Many Hungarians regularly visit these baths. The country even has Europe’s largest thermal lake called Lake Heviz.

In Sudan, the current president, Omar Hassan al-Bashir, was re-elected. These elections are the country’s first multi-party elections in 24 years! Al-Bashir has been the leader of the country for the last 21 years, and he came to power when a group of army officers forced the previous leader to step down.