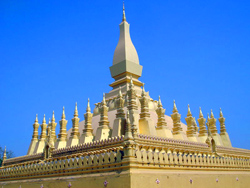 On December 28, more than 4,000 people were sent from Thailand to Laos. All of them were “Hmong” – one of the groups of people found in the mountain areas of Vietnam, Laos, Thailand, and Myanmar. This particular group originally came from Laos and was living in a refugee camp in Thailand. So why did they come and why are they going back?

In the 1960s and 1970s, the United States was fighting against the communist forces in Vietnam. At the time, many Hmong people in Laos helped the US. But in 1975, communist forces took control of Laos. Many Hmong left the country, afraid that they would be punished. Many of them settled in places like Thailand, Australia, and the US. 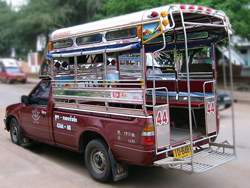 Laos got its independence from France in 1949. The country has lots of mountains and thick forests. The official language is Lao, and over 60% of the people follow the religion of Buddhism. Its main crop is rice, which is also a staple food. Laos has almost no railways – the only railway it has is a short link connecting it to Thailand. A common public transportation vehicle is a songthaew, which is basically a pick-up truck with a roof and benches to sit on. One of the symbols of Laos is the Pha That Luang, a Buddhist stupa in Vientiane, its capital city. Laos is the most heavily bombed nation in the world. It was bombed for almost 10 years by the United States in the 1960s and 1970s.