The 2009 Nobel Prizes were awarded to 13 individuals. The Nobel Prize is an international award that is given every year to individuals who have made a discovery that significantly impacts mankind. The awards are given in the fields of Physiology or Medicine, Chemistry, Physics, Economics, Literature, and Peace. It is the highest honor an individual can receive in each of these fields. The Nobel Prize was started in 1901.

Elizabeth Blackburn, Carol Greider, and Jack Szostak won the Physiology or Medicine Prize. Their discoveries have helped us understand cancer and human aging – this could lead to cures for some diseases. All living things are made of cells, which usually get old and die. However, cancer cells don’t age as easily. These three scientists discovered that the aging of cells can be traced to how “chromosomes” protect themselves. Cells are packed with DNA – think of it as information that makes us who we are. DNA is packaged into thread-like units called chromosomes.

The Chemistry Prize was  awarded to  Venkatraman Ramakrishnan, Thomas Steitz, and Ada Yonath. They studied the structure of the “ribosome”, which is something that converts DNA (yes, the same DNA we just talked about) into proteins, the basic building blocks of life. Most of us have taken antibiotics to cure infections. Most of these antibiotics work by interacting with ribosomes of the bacteria. Over time, bacteria can develop a resistance to the antibiotics and the medicines become useless. Understanding the structure of ribosomes will help us produce antibiotics for such resistant bacteria. 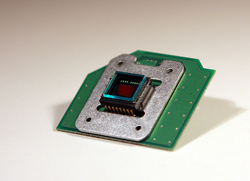 The Physics Prize was awarded to Charles Kao, Willard Boyle, and George Smith. Kao was given the award for his work that helped develop the fiber optic cables that are used around the globe for carrying internet traffic. Fiber optic cables are made from pure glass and are much better than what was used before – copper cables. Boyle and Smith won their award for inventing the charge-coupled device (CCD). A CCD can capture information about how much light is falling on it – this can easily be transferred into a digital image. This invention led to the digital camera. Many of us enjoy the Physics Prize inventions when we watch a video on our computer or see the photograph we just clicked on the digital camera’s display!

The Literature Prize was awarded to Herta Müller, a Romanian-born German citizen. Romania was a communist country during the years she lived there. The government was very controlling and the living conditions were harsh. Muller writes about life in Romania during that time. She has written around 20 books in German, and some of them have been translated into English, such as “The Land of Green Plums” and “The Appointment.”

The Peace Prize was awarded to American President Barack Obama. He was awarded the prize for his efforts to have a world without nuclear weapons and to get countries around the world cooperating and communicating. Obama has been the President of the United States since January this year.

The Economics Prize was awarded to Elinor Ostrom and Oliver E. Williamson, making Ostrom the first woman to win this prize. Ostrom showed that a group of people who share a common resource can manage it better than a government or a private company. For example, if a group of villagers have a single well of water, they can do a better job with it than paying taxes and having the government manage it, or paying a private company to manage it. Williamson studied how disagreements are handled inside a company versus between companies. Often, conflicts can be handled better inside companies than between them.