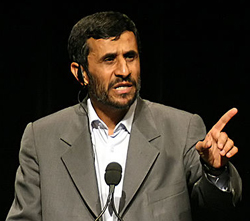 On June 12, Iranians voted for the next President of their country. The current president, Mahmoud Ahmadinejad, won the elections by a large margin. But many people in Iran believe that there may have been some cheating. A huge number of Iranians flooded the streets and started protesting the results. Thousands of people rallied in a famous square, Azadi Square, in Tehran, the capital of Iran. The government has stated that the election results are not going to be changed. The government is also using force to stop these protests and rallies.

The last time such large demonstrations were seen in Iran was during the Iranian Revolution in 1979 when thousands and thousands of Iranians demonstrated and protested against the Shah, the ruler of Iran. The Shah was overthrown. Many demonstrations were held at the Azadi Square. In fact, before the Iranian revolution, the square was called Shahyaad ( which means “in memory of the Shah”), and its name was changed to Azadi (which means “freedom”) after the revolution. 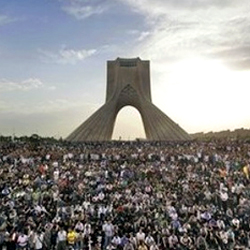 Iran is home to one of the world’s oldest continuous major civilizations from around 4000 BC. The country was known as Persia until 1935, and its official language is still called Persian. It is the world’s fourth largest oil producer. It is also the world’s largest pistachio producer. Have you read Aladdin and the Wonderful Lamp, or The Voyages of Sindbad, or Ali Baba and the Forty Thieves? They all come from The Arabian Nights (also known as One Thousand and One Nights) – a collection of stories that include Persian, Arabian and Indian tales from centuries ago.