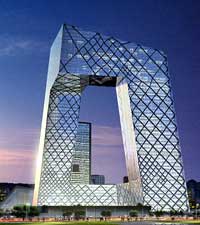 It was declared on January 13 that China is the world’s No. 3 economy, and has been since 2007. The United States is the world’s largest economy, followed by Japan. China overtook Germany which is now No. 4. In 2005, China flew past France, Italy, and the United Kingdom to become No. 4. What’s up with China, and what does the size of an economy even mean?

A country’s gross domestic product (GDP) is used to determine the size of a country’s economy. The GDP of a country is the total value of all the products and services that are produced by the companies and the people of that country over a year. When you get a haircut, you are using somebody’s services. When you buy a bike, you are consuming a product. So the value of all the lollipops, ice creams, books, cars, etc. sold and all the services of teachers, doctors, bus drivers, etc. are calculated and added.

Another interesting number to look at is the amount of money made in a year per person in a country. This is calculated by dividing the GDP by the population. For example, the GDP per person in Germany is about $40,000 while that in China is under $3,000.

China’s economy has been growing at a very fast rate. It has been exporting many things – it is quite common to find the label “Made In China” on products you buy all around the globe. In fact, China supplies over 70% of the world’s toys, over 40% of the world’s shoes, over 60% of the world’s buttons, and over 30% of the world’s cell phone batteries! The government is spending more money on constructing new bridges, factories, power plants, buildings. Just this last year, there have been some amazing buildings completed in China – the CCTV Headquarters in Beijing (a skyscraper with a very unusual design), the Beijing National Stadium (a stadium in the shape of a bird’s nest used in the Olympics last year), and the Shanghai World Financial Center (one of the tallest buildings in the world).